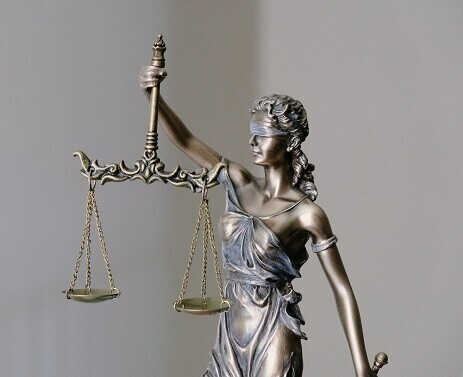 HMRC will normally send a letter asking you for information. In this letter they will explain the legal grounds for opening the enquiry and provide you with information on your rights and obligations. They also include details about the penalty regime. The purpose of this is to give you the opportunity to fully disclose and co-operate. This can be the start of a stressful time so your first step should be to contact a firm of tax advisors.

It is important to seek professional advice so that you can understand the nature and classification of the enquiry. An enquiry can be a simple check into an entry on your tax return, or, at the other end of the spectrum, the start of a criminal prosecution for tax fraud.

Taxpayers and HMRC have rights and obligations. HMRC follow a charter when conducting an enquiry and are required to be reasonable and fair. This includes allowing a taxpayer time to respond, seek expert advice, authorise an agent to act on your behalf, a right to ask for an internal review and the right of appeal to an independent tax tribunal

Why do HMRC open tax investigations

HMRC produce an annual document called the "Tax Gap". The tax gap is the difference between the amount of tax that should, in theory, be paid
to HMRC, and what is actually paid. In the 2018-2019 tax year, HMRC estimated the gap to be £31bn. The gap falls into the following buckets/behaviors.

Of these amounts, HMRC consider that 51%, or £15.8bn, is attributable to small businesses and individuals. To this end, HMRC have a large team of staff dedicated to collecting this shortfall and they will pursue taxpayers at all costs, if they do not comply with information requests.

Why have HMRC opened a tax investigation into my affairs

A tax investigation can be selected at random, risk based and/or intelligence led. For example, HMRC might hold third party information they believe does agree with the tax position on your tax returns. HMRC have a range of powers that enable them to verify the declared taxable positions including, but not limited to, forcing third parties to disclose information, sharing of information within government bodies, extensive sharing of information with financial institutions and agreements with governments overseas to share information. In addition to this, HMRC have at their disposal, teams of subject matter experts. Another reason you need a professional advisor. Another common reason for a tax investigation is when you are applying for a tax refund.

How we can help

As a firm of tax advisors, we have the technical knowledge and experience to guide you through the enquiry process and make representations to HMRC on your behalf whilst ensuring HMRC conduct themselves within their legal boundaries. Although no two circumstances are the same, our approach will broadly consist of the following:

It is almost impossible to say. It depends on the nature and complexity of your case. Typically, tax advisors will charge a fee up front and then send a bill each month based on the hours spent dealing with you/HMRC/third parties. If specialist advice is needed, this can be very expensive.

It is prudent, at an early stage, to work out the potential tax at stake. Do you want to spend £20k on advisor fees if the tax at stake is only £5k?

How long does a tax investigation take

It depends on the nature and complexity of the issue at stake. For example, if HMRC want to see evidence of expenditure on machinery, they might request to see invoices and visit your premises and inspect the machinery, this could take 3-6 months. If there is a dispute on the intepretation of tax law, this battle could end up in the courts, a process that could take years.

If you receive a Code of Practice 9 letter and HMRC give you the option to come clean or face proseuction - do not reach out directly to HMRC or give any information because you may incriminate yourslef. Your first step should be to take specialist legal advice. Once you understand your legal position and are clear how you want to move forward, engage a firm of tax advisors.

How does a tax investigation come to an end

A number of scenerios can play out:

Will HMRC force me into bankruptcy to settle a tax bill?

Why should I pay a tax investigation tax advisor

To save you tax!

It is not uncommon for HMRC to make a determination an the amount of tax outstanding, most taxpayers become worried and don't want the stress and will agree to make the payment. If you go down this route, you could be giving away your hard earned cash.

How do I reduce the chances of a tax investigation

The chances of mitigating a tax investigation can be maximised by using a tax advisor. With years of experience and professional training, we understand how to make claims, elections and disclosures in the tax returns so that HMRC are satisfied all things have been considered and opening a tax investigation will be a waste of time.